Kordus is a daybed in which the simplicity and the properties of the circle are the construction toes. A base made of cilindrical cushions in a linear pattern is creating an interesting form language in which the relationship between the cushions seems to be different from every point of view. Because of this pattern a loose pillow can be placed in different ways on the daybed.

The story behind the KORDUS Daybed

Kasper Debacker (RAAK Design) developped the daybed during his internship in 2015 at Doshi Levien, an internationally acclaimed design studio based in London. This experience helped him to hone his feeling for textures, proportions, colours and materials.
In search for a partner to create his 3D model in real life he contacted Stijn from Stoffering Sioen. Stijn loved immediately the design, the proportions and the unique look of the daybed. With some suggestions he started making the first prototype.

The prototype was made with great eye for details and so it was nominated for WO15 and the OVAM Ecodesign Award 2015.

​RAAK Design hit the road with the KORDUS prototype and tried to sell the concept to some of Belgium biggest designbrands and factories. They all had the same conclusion: very beautifull but not suitable in this form for the market. It would demand lots of skilled craftmanship and a high material cost to produce it. The endprice would be to expensive even for so called exclusive designbrands...

​Stijn was always curious to see if the prototype he created would come out in the collection of a major designbrand. After hearing those arguments why brands hesitated to bring the daybed in production.  Stijn believed this is just the reason why a real marketready KORDUS must see the daylight, without compromise to the original design.

​Stijn suggested a licence to produce the KORDUS daybed. RAAK Design agreed and saw their 3D daybed coming to life. From 3D drawings towards prototypes ending with a finished daybed, it was all done in Belgium.

​The designbrands were right, it was quite a challenge. The frame is made of full metal (inox) tubes which are welded into one straight piece. The cilindrical cushions are big and CNC cut to perfection. The top and bottom upholstery from the cushions requires 3 leatherhides to cover it. And all this asked skilled hands and quite some time.

​The result is a daybed were the initial design is intact. An iconic daybed, which has no equivalent exists.
​

Everything is made to order, so you can choose in endless variations the colours of the frame and cushions.
Because of the great choice in fabrics and leathers, pricing is on demand. 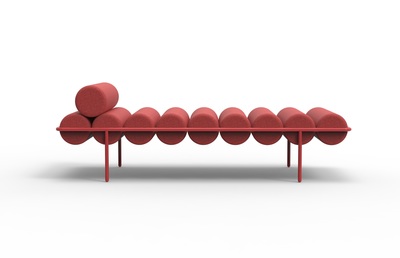 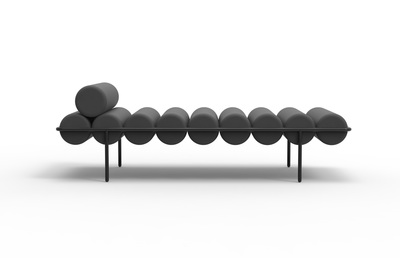 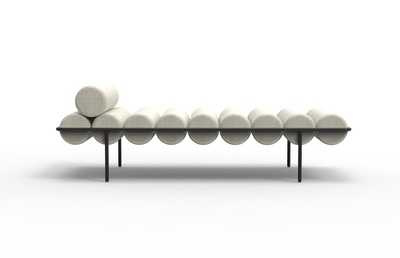 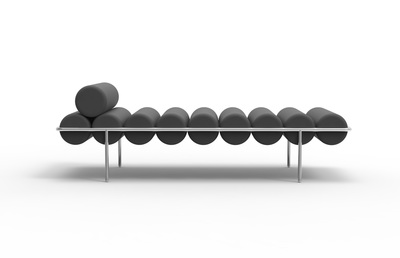 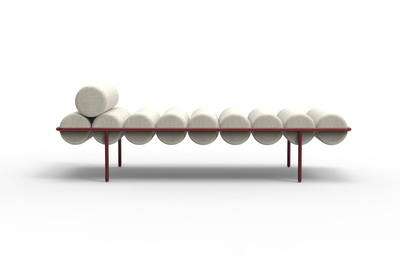 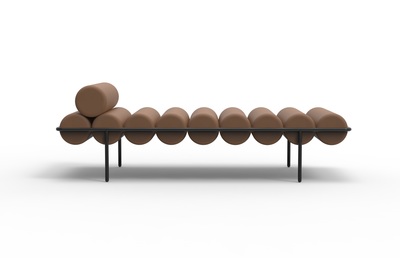 <
>
-The baseframe uses full metal 25mm inox bars, sandblasted and powdercoated. These bars guarantee a rock solid seating for up to 6 people.

​-High resilience cold cure foam with a density of 55kg/m³ ensures a comfortable and longlasting seating.  Cold cure foam is known by all experts as being the most durable and high quality padding material. 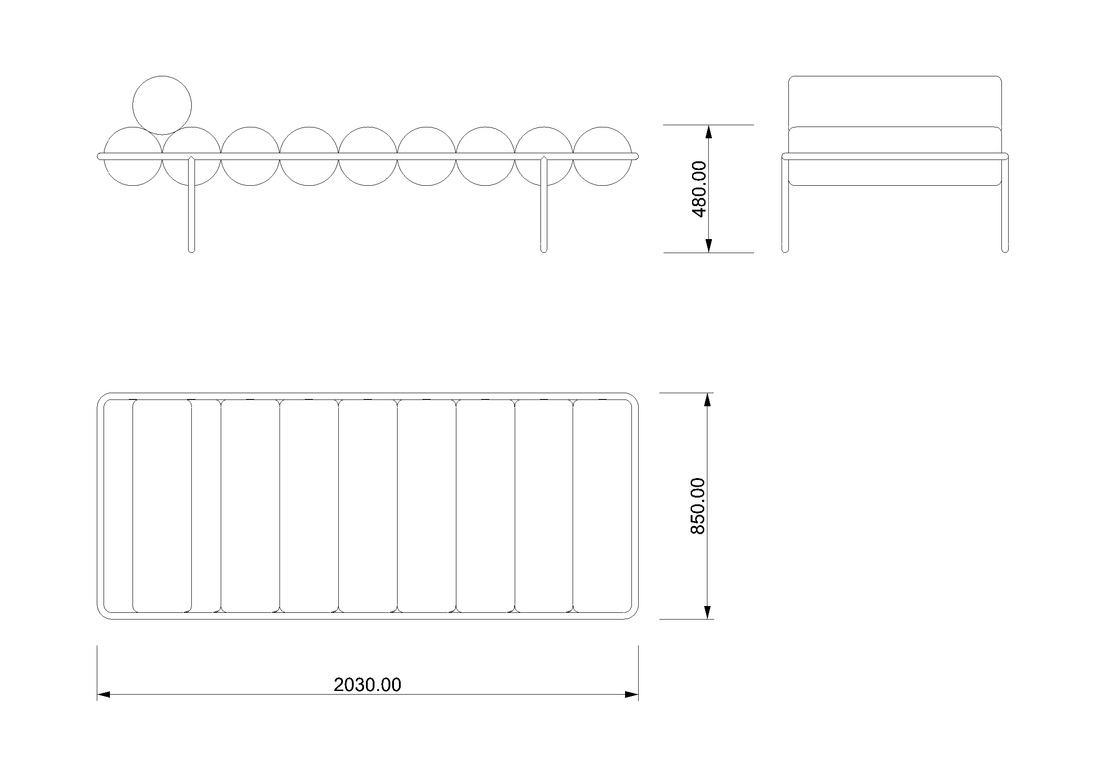 ​-Sioen-items has a collection of more than 1000 different fabrics and leathers, come and handpick them yourself.
Sioen-items has a large selection hides of German and Italian leather tanneries.
​Come see, feel and choose the leather in the workshop 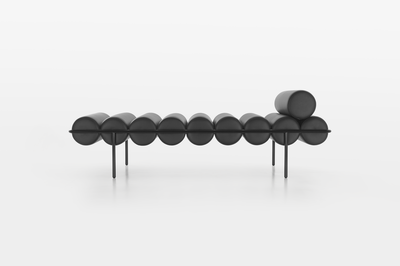 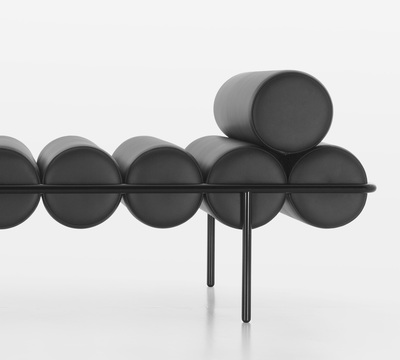 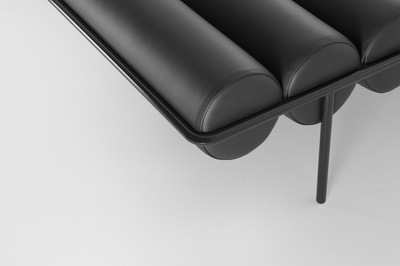 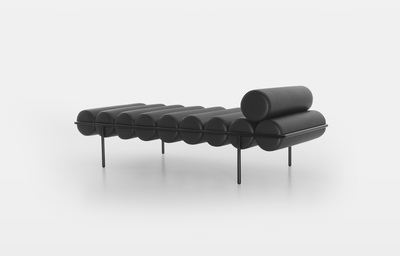 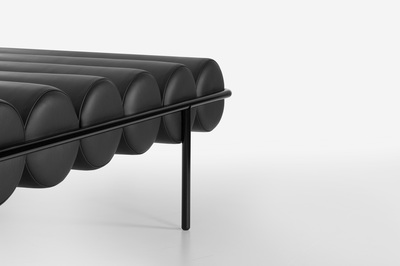 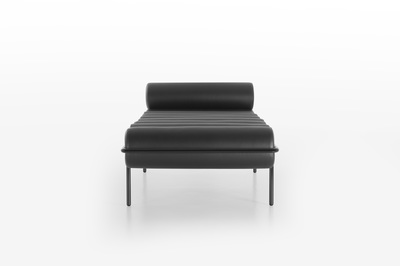 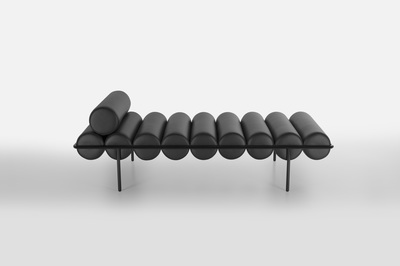 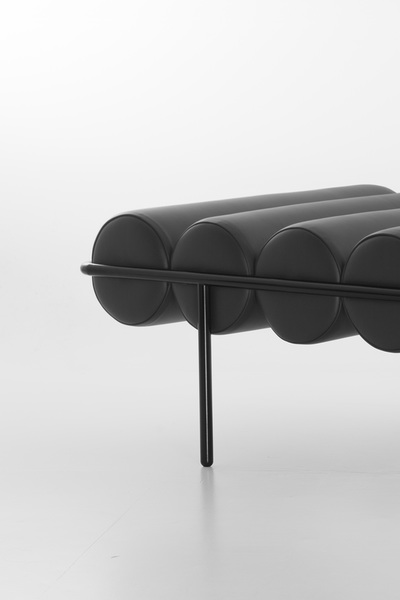